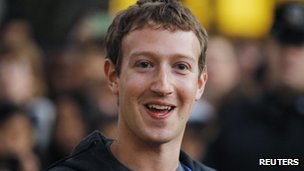 There are on average 3.74 degrees of separation between any one Facebook user and another, a study suggests.

The number of degrees represents the number of people in a friendship chain, excluding the people at either end.

Or, as the authors put it: “When considering another person in the world, a friend of your friend knows a friend of their friend.”

The study was carried out in May and involved all of the social network’s active members.

Facebook defines a user as active if they have logged on at least once over the past 28 days.

Some journalists misreported the news claiming there were 4.74 degrees of separation. However, this confused the number of degrees with the distance – or hops – between each of the people on the friendship chain.

The authors of the report say that they “assume that ‘degree of separation’ is the same as ‘distance minus one’”.

The experiment is the biggest test to date for an idea first proposed by the Hungarian author Frigyes Karinthy in 1929.

He suggested there were six degrees of separation between any two people in the world.

The theory was made popular by a play, movie and later a trivia game in which players try to link the actor Kevin Bacon to another Hollywood star within six steps.

Testing that the hypothesis proved true for the wider population has long posed a challenge.

A previous attempt by the psychologist Stanley Milgram in the 1960s involved delivering a letter. Volunteers were asked to make sure it reached a specific person, but they were told to only pass it through personal acquaintances who already knew each other.

The problem was that this only involved a few hundred initial subjects, and there was no way to know that the routes the letters took were the most direct ones possible.

Facebook’s data scientist Lars Backstrom was able to work with a much bigger data sample.

His social network had 721 million members at the time of the experiment – representing around 10% of the global population – with a total of 69 billion friendships between them.

Despite the vast quantity of data, Mr Backstrom and four researchers from the University of Milan were able to crunch the data using a 24-core computer with a 1 terabyte hard disk. They said the hardware cost no more than a couple of thousand pounds.

Celebrities’ “Facebook Pages” were excluded and the test was carried out before the network introduced “Subscriptions”, a feature designed to link users to other people they might be interested in, even if they are not acquaintances.

Facebook limits users to having 5,000 friends, but the median figure was far lower at just 100 contacts, or 0.000014% of Facebook’s total membership.

On average, the distance between any two members was 3.74 degrees.

That was shorter than the average 4.28 degrees of separation registered by Facebook’s 2008 membership, when the network was smaller.

However, the researchers say the average distance “appears now to be stabilising”, suggesting that even if the other nine tenths of the world join Facebook, our degree of separation will not get much smaller.