The battery life of Apple’s new iPhone 4S is under scrutiny after thousands of users reported problems.

In some cases, people claimed that their phone battery was draining by up to 15% every hour, even when the device was not being used.

Apple told the BBC it had no comment on the issue.

The problems have generated a huge amount of discussion on Apple’s forums.

Scarface from New Jersey summed up the view of many: My iPhone 4s battery seems terrible!”

CripinUK went into more detail: “I have an iPhone 4 and since putting iOS 5 on it the battery life has been really bad it drops at a ridiculous rate even when I’m not using it where as it would barely drop any charge when it was in standby.”

“I’ve tried turning lots of thing off but it makes no difference. I’ve been looking around and a lot of people seem to be reporting this,” he said.

The iPhone 4S has a built-in rechargeable lithium-ion battery. It is supposed to provide up to eight hours of 3G talk time (14 hours of 2G) with standby time of up to 200 hours.

Some blamed Apple’s iCloud service while others claim that deactivating Notifications – one of the key features of the 4S – helped restore battery life.

Blogger Oliver Haslam wrote that he solved the problem by turning off the time zone setting function.

He said that, in some cases, the operating system was constantly tracking location in order to adjust the time zone.

“Switching it off may mean that your iPhone will no longer set its own time zone when you travel, but that’s a small price to pay for having your iPhone last more than 12 hours on a full charge,” he said. 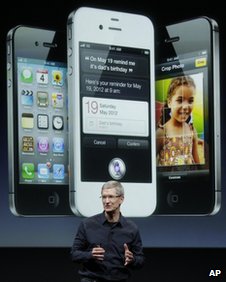